Düsseldorf. The exhibition on art historian and gallerist Max Stern will be on view at the Stadtmuseum from 2 September 2021 to 30 January 2022

The state capital Düsseldorf invites audiences to the exhibition “Deprived of rights and property. The art dealer Max Stern” being held from 2 September 2021 to 30 January 2022 at the Stadtmuseum Düsseldorf. Max Stern (1904-1987) was one of the victims of National Socialism. In 1937 he was forced to close his art business located on the Königsallee and emigrate. He came to Canada in 1940, via Great Britain, as an internee. He there succeeded in forging a new start, becoming one of the most important gallerists in the country. The exhibition at the Stadtmuseum shines light on the life and work of Stern as well as the history of his family and gallery.

Mayor Dr. Stephan Keller: “The history of Max Stern and the Stern Gallery are part of Düsseldorf’s city history, which deserves to be commemorated. Max Stern was a highly respected citizen and an important art dealer in Düsseldorf who became a victim of Nazi terror. To dedicate an exhibition to him and to relate his story in Düsseldorf is of major significance. Indeed, it is a part of our culture of remembrance which we keenly keep alive in Düsseldorf.”

Commissioner for Cultural Affairs Hans-Georg Lohe: “I am delighted that we can now open the newly designed exhibition dedicated to Max Stern on 1 September. We succeeded in gaining Dr. Dieter Vorsteher as guest curator for the exhibition, who is experienced in thematically complex projects and who designed and organised the exhibition with a great deal of sensitivity. He was supported by the Stadtmuseum team as well as by the provenance research of the state capital Düsseldorf.”

Curator Dr. Dieter Vorsteher: “This exhibition is intended to pay tribute to Max Stern as a person. Through quotations, photographs, historical documents and a great deal more, exhibition visitors are given an understanding of and brought closer to Stern’s life story along 14 survey points within the exhibition. The show’s conception and narrative are based primarily on Max Stern’s personal accounts and descriptions, which are part of his estate at the National Gallery of Canada and are thus important sources for the exhibition. In combination with source material from the German archives, it was possible to create an in-depth overview of Max Stern’s life and work, which could also form a basis for further research in Germany.”

About the exhibition
The exhibition “Deprived of rights and property. The art dealer Max Stern” at the Stadtmuseum Düsseldorf will open on 1 September and continue to be on display at the Stadtmuseum until 30 January 2022. The title refers to the injustice that Max Stern was forced to endure in Düsseldorf after 1933, due to his Jewish ancestry. The enforced closure of the Stern Gallery and the expulsion from Germany represented a painful and devastating schism for Max Stern and his next of kin.

Fourteen survey points consisting of large-format panels on the events concerning the galleries and the history of the Stern family form the framework of the exhibition. The panels are supplemented by works of art from the Stern Gallery, biographical testimonies, archival material, photographs, films and an interactive media station. Thematically, the survey points range from Stern’s ancestors, the founding of the gallery and the time in Düsseldorf up to the turning point of 1933, the period of National Socialism and the disenfranchisement and flight of the Stern family to Max Stern’s new beginnings in Canada and his search for the works of art that he was forced to leave behind in Germany.

Sources from the National Gallery of Canada
The exhibition presents previously unpublished material from the Stern Estate within the context of important documents sourced from local archives. Curator Dr. Dieter Vorsteher was permitted to consult sources at the National Gallery of Canada (Ottawa) which administers the estates of Max Stern, his London gallery and the estate of the Thalheimer family (the sister and brother-in-law of Max Stern). It was thus possible to carry out research on location as part of the exhibition preparation, and materials from the Canadian archives were also made available.

Development of the exhibition
After the originally planned exhibition on Max Stern was initially cancelled in 2017, it was decided soon after to present the exhibition in supplemented and revised form at a later date. In the run-up to the exhibition, the state capital Düsseldorf invited 150 guests to take part in an international symposium at the Haus der Universität in February 2019 entitled “The Galerie Stern within the context of the Rhineland Art Trade during National Socialism”. The complexity of the subject was taken into consideration and illuminated by means of individual case analyses and contextual research on, among other elements, the dealing activities of Max Stern in comparison with other Düsseldorf and Rhenish art dealers. The findings of the symposium have also been integrated into the exhibition concept.

Due to the earlier cancellation of the exhibition, certain important cooperation partners also cancelled their participation, including the Max Stern Art Restitution Project and the Canadian team of curators. In recent years, contact was sought on several occasions regarding a renewal and resumption of the cooperation. However, the aforementioned cooperation partners maintained their refusal.

The newly designed exhibition was originally planned for last fall, but had to be postponed to 2021 due to the coronavirus situation and associated measures. The pandemic also prevented presentation in the spring, so the exhibition was scheduled for the fall of 2021 and can now open in September. Another decisive factor in these considerations was the aim of holding the exhibition without major coronavirus-related restrictions to present it to as large an audience as possible.

On the art historian Max Stern
In 1928, the art historian Max Stern joined the gallery of his father Julius Stern (1867-1934), which was founded in 1913 and was located at Königsallee 23-25 from 1917. Besides the galleries of Alfred Flechtheim, Johanna Ey, Hans and Georg Paffrath and Dr. Joseph Schönemann, it was one of the most respected addresses in the Düsseldorf art trade within the first third of the 20th century. Max Stern was one of the victims of National Socialism. Due to his Jewish ancestry, he was denied admission to the Reich Authority for Fine Arts in 1935, compelling him to relinquish continuance of his art business until he was finally forced to liquidate his gallery at the end of 1937. Shortly afterwards, Stern fled via Paris to London. In 1940, he was interned in Great Britain, and from there was taken to Canada. 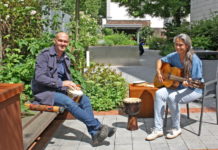 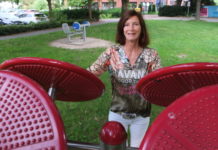 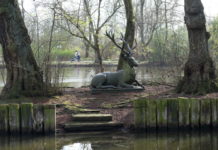 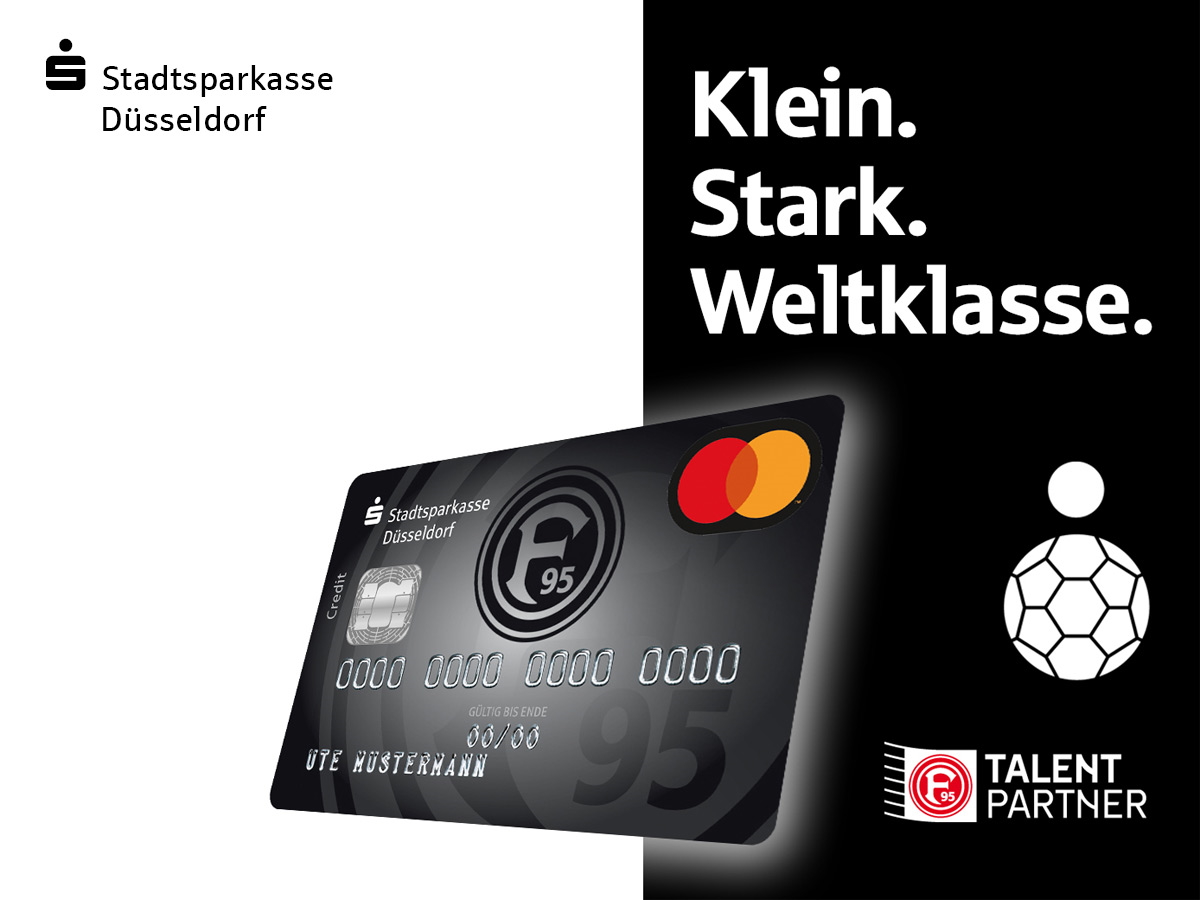 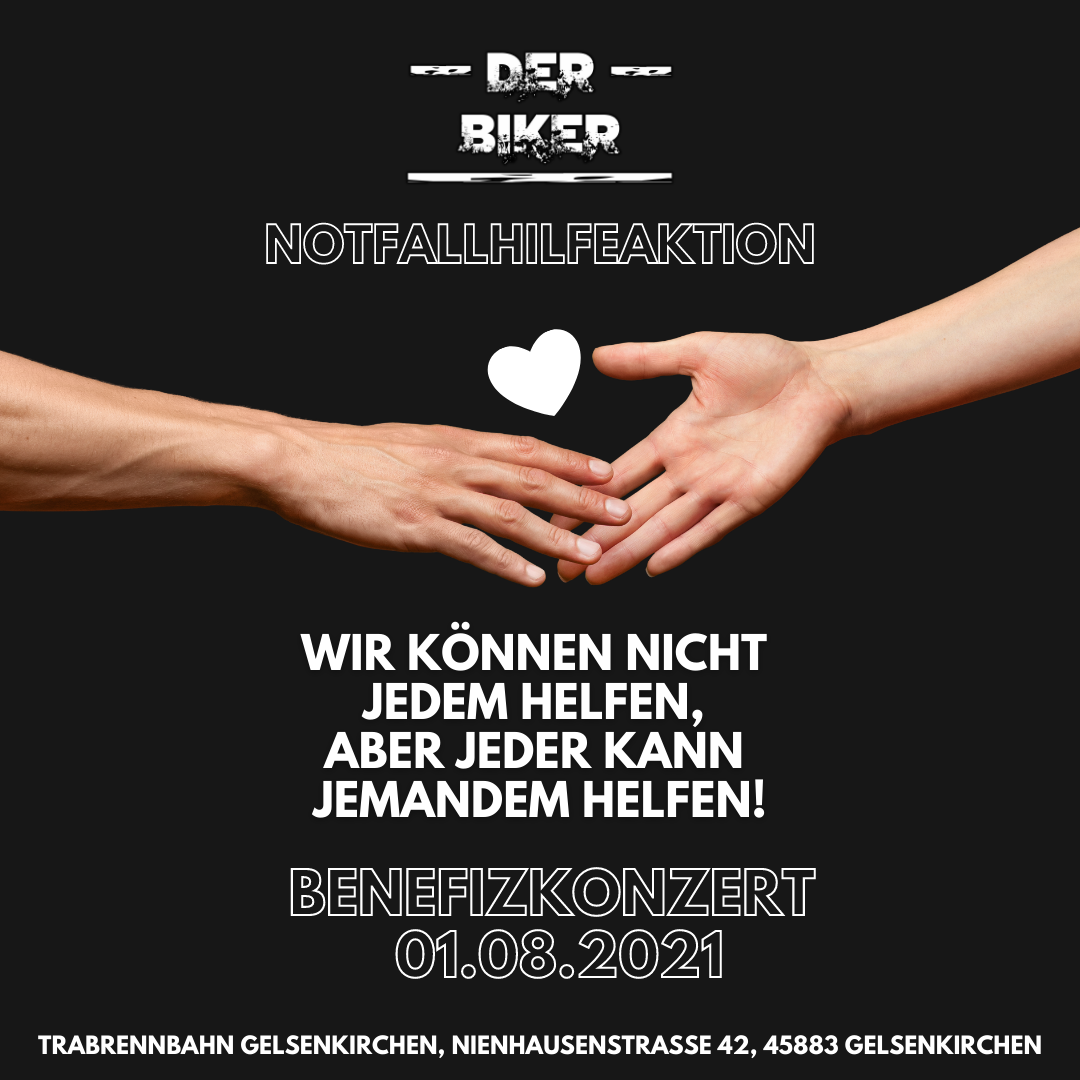 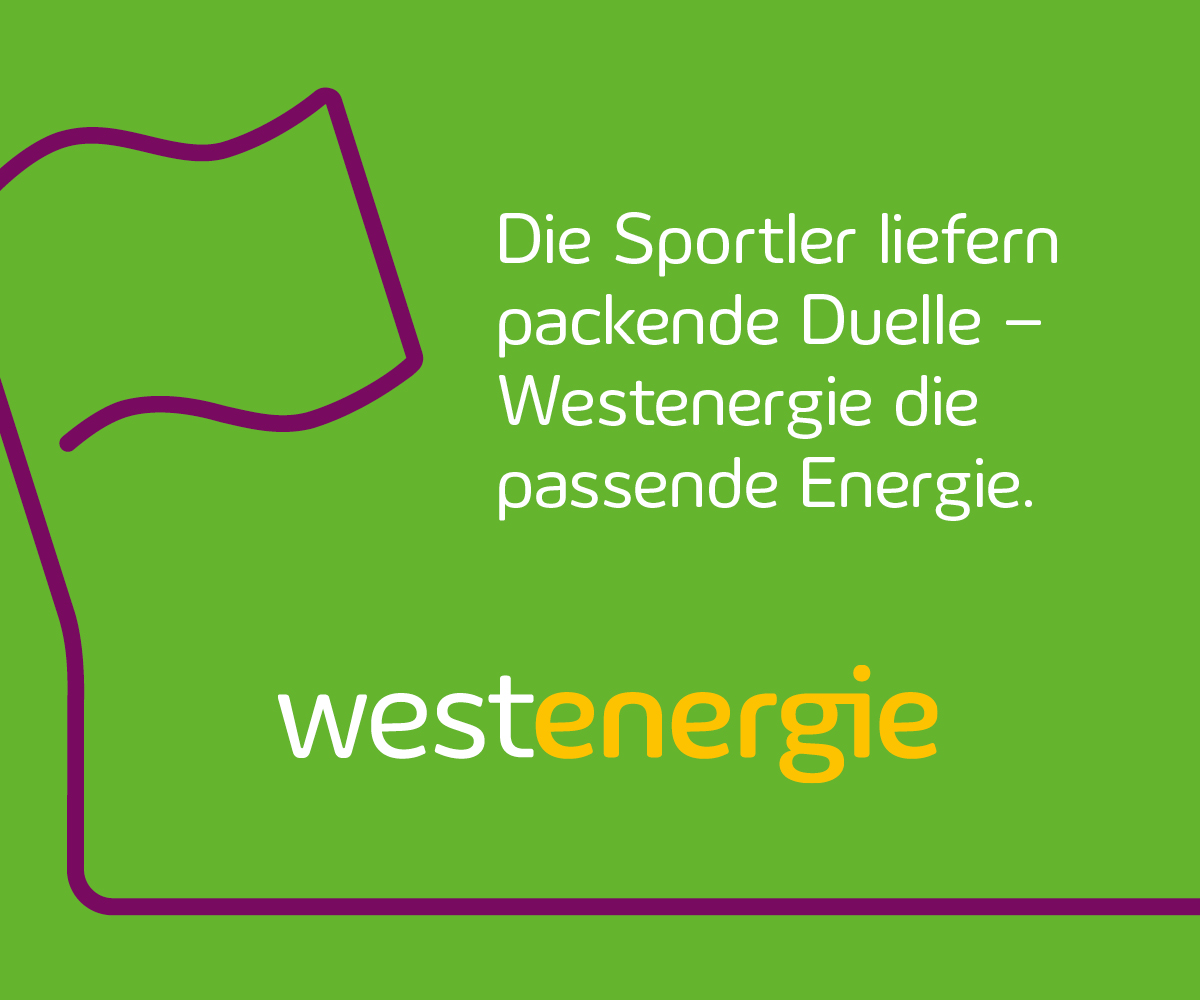 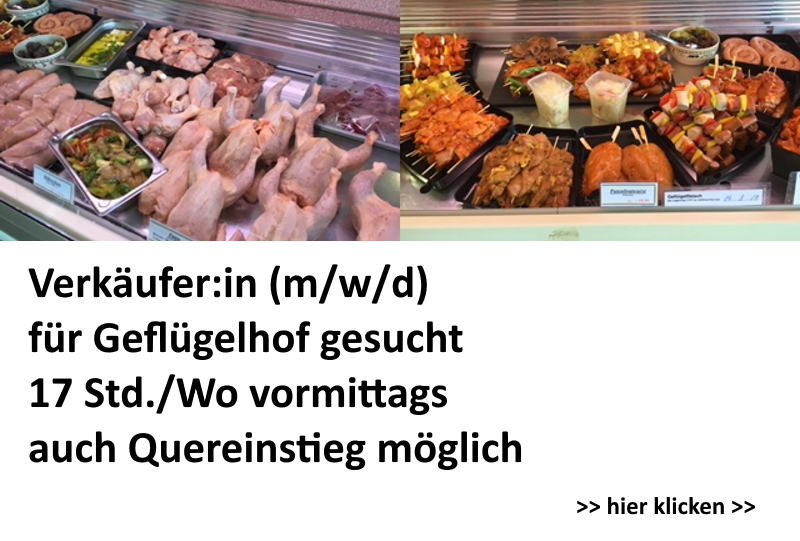 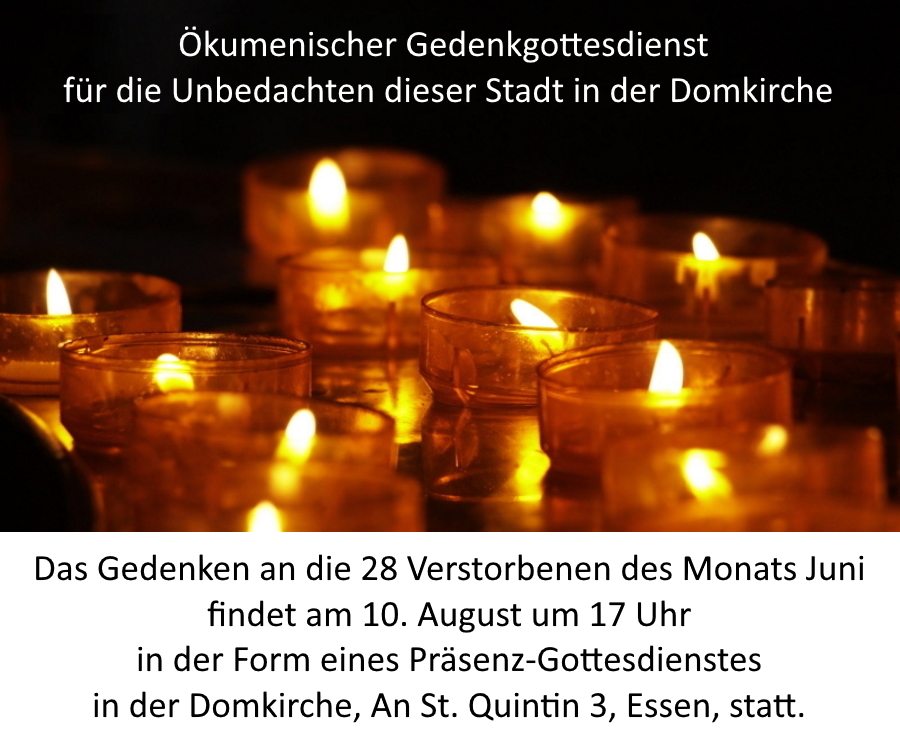